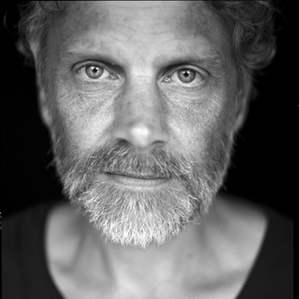 I teach theory and practice of improvisation - individually and in ensemble - as well as composition (mainly for improvisers), by combining philosophy with music and moving across musical genres and art forms. I also give a course on Ear training that focuses on "creative listening", supervise degree projects at master's level, and teach artistic research to master students.

As a musician and composer, I use piano, electronics and keyboards to explore new rhythmic and microtonal terrains, not least inspired by my studies in North-Indian music and jazz as well as Baroque, classical and contemporary music. I was previously involved in the free jazz and free improv scenes, not least with my own award-winning groups (such as the international octet "Revoid Ensemble" and the quintet "Klas Nevrin Ensemble"), but also participating in groups such as "Yun Kan 5" and "Yun Kan 10" (led by reed player Fredrik Ljungkvist) or "Honeyleap" (with drummer Øyvind Skarbø and bassist Per Zanussi).

My current artistic research consists of collaborations across the arts (with visual artists, dancers, circus artists, etc.) and focuses on collective improvisation in light of process philosophy and feminist new materialisms. I'm primarily interested in the potential of engaging with co-creation as “radical relationality” that invites inquiries into the micropolitical dimensions of experimental art, thus showing how artistic co-creation in decolonizing modes may involve a micropolitical resistance against segregation. Attending to expanded forms of listening also affords connections to research on neurodiversity and feminist discourses on "response-ability". Methodologically, I attempt to contribute to a postdisciplinary approach that challenges verbocentric approaches to artistic knowledge, which in turn can shed light on underarticulated affective-ecological sensitivities at the core of artistic creation and supply new perspectives on transdisciplinary and ecologically oriented artistic work.