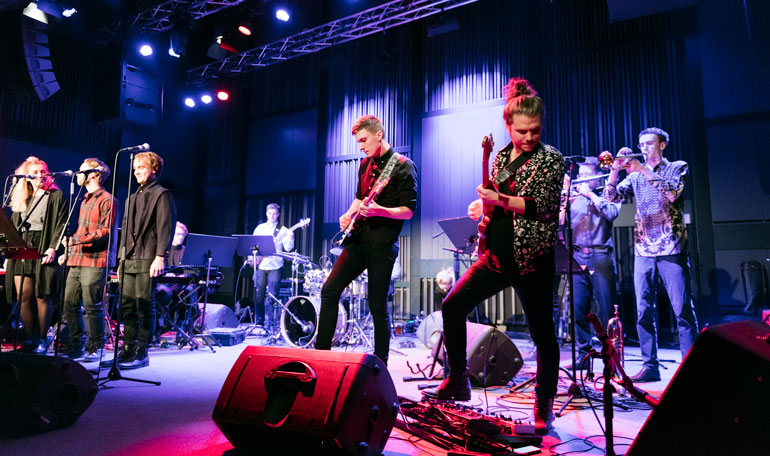 Music as a Career

Dissertation by Sören Johansson in collaboration with Dalarna University and Stockholm University. The work is a qualitative study of young musicians transitions from education to employment.

This thesis aims to contribute with new knowledge about how young musicians are acting to establish themselves in their workinglife.

At the start of the project in 2005 Sören's assumption was that musician's workinglife would change, but it was uncertain how.

Using a qualitative approach, Sören has therefore examined some young musician's transitions from education to employment. Interest in the problem area comes from his own career as a musician and teacher of Music Production at Dalarna University.

Sören has examined how young musicians created stories about their careers, and then compared that to how they established themselves in the workplace. Empirical data collection was carried out between 2007-2011. This was a time when user-generated content on media platforms on the internet developed, which had an impact on the results.

First, Sören conducted two group interviews with students in music classes at their last year in upper secondary schools in Sweden. After that he conducted ethnographically inspired case studies of two students establishments as a classical musician and as a popular musician.

The analysis of the empirical data is based partly on Howard Becker's sociological theory of how art worlds changes, and partly on Jerome Bruner's cultural psychological theory of how individuals construct autobiographies. Theory about how musician perform music, developed in the field of music education, has also been used as music performances in various mediatised forms are included in the study.

The results show that the musicians in the case studies took responsibility for their own media productions and communicated publicly using various media platforms.

Interestingly, the musician's videotaped performances, distributed via YouTube, had significance for the reception of the musicians image.

There were differences between how the young musicians created the stories of their careers. For example, they used different metaphors such as "race" and "journey". But there were also similarities in terms of how the musicians established themselves.

Both musicians established themselves by creating access to physical concert venues with high reputation through collaborations between music colleges and concert producers. This was unexpected in the case of the popular musician due to all students' beliefs with respect to the original interviews.

Sören compiles the results in a two-part model that differ how musicians create stories about their careers as opposed to how they establish themselves. The model can be used for further research and education about musicians performances, career paths and learning.

About the PhD Student

Sören Johansson is a Swedish musician, who is part of the ensemble Bortalaget. He has previously been a member of Trance Dance and Peter Carlsson & Blå Grodorna.

After studying at the Royal College of Music in Stockholm, he freelance as a musician. He plays among other things drums, vibraphone and guitar.

Sören is a resident of Falun and is employed by the University of Dalarna, where he teaches the subject of music production. The doctoral studies are conducted at KMH in cooperation with Stockholm University.