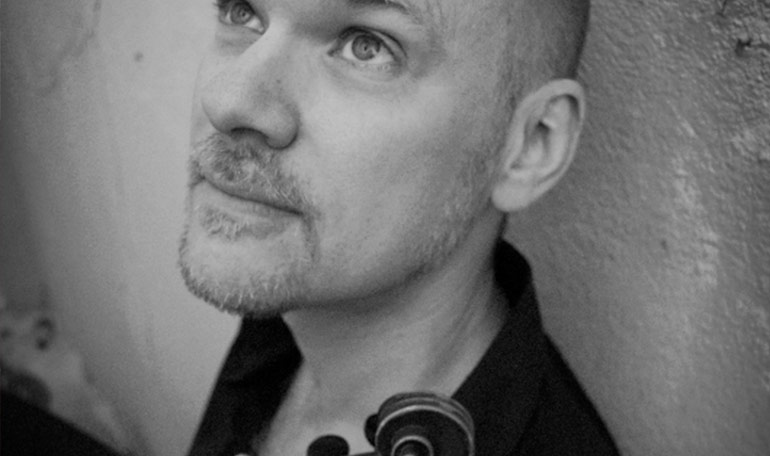 Olof Misgeld's research aims at describing and examining concepts within Folk Music Theory, and to challenge them through artistic realisations in order to further develop concepts, tools and methods for artistic and pedagogical use within the field of music performance in Folk Music.

Purpose of the Dissertation Work

The research is centred around how strategies used in the interplay between musician and dancer in the context of Swedish Folk Music can be revealed using various methods, and how concepts and strategies for the interplay can be developed and evaluated as to their usefulness in artistic performance.

The objective is to develop knowledge on musical expression styles, music and dance interaction, and how theoretical concepts and tools can be extracted using various methods and used for creating performance practice.

The background of research lies within the context of performance studies in folk and traditional music, especially in the form it has been developed at the Department of folk music at KMH. The existence of these (and similar study programs in the Nordic countries) including the formulation of Folk Music theory has developed and influenced the way traditional music is performed today. At KMH Folk Music performance programs include dancing and playing for dancing as core elements for developing performance.

Focusing on tools for stylistic expression in the music-dance interplay, in-depth studies of performance style in Swedish Folk Music are a key part, using methods developed in Folk Music Theory at KMH, such as style analysis methods, and various technical applications for transcription, annotation and analysis of motion (in. e. MoCap).

About the PhD Student

Olof Misgeld, från Uppsala, is a folk musician, fiddle player and Senior lecturer in Swedish Folk Music Theory at the Department of Folk Music at KMH.

He is active in several ensembles, in making theatre music and in long cooperation’s with some of Sweden’s top dancers and dance pedagogues in the field of Folk Dance.

Olof Misgeld has studied Music performance and Music theory, and has been employed at KMH since 2001 as teacher, mentor and Director of Studies at the Department of Folk Music.