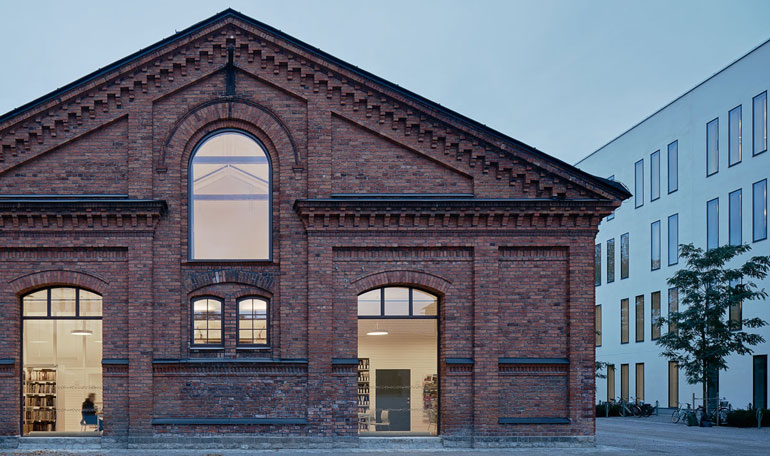 Campus Valhallavägen was inaugurated in 2016. Most of the education at KMH is conducted here. The campus environment is an exclusive music workshop, tailor-made for music education, for creating and experiencing music and for music research. As a student you will have access to practice rooms, classrooms, concert halls and studios, where acoustics and equipment are of the highest quality.

Campus Valhallavägen has everything you need as a student. The student union and the college library are located here. Support functions, such as instrument lending, instrument workshops, study administrations and concert production are also located at Valhallavägen. Teachers and other staff have their work spaces here.

A number of halls are specially equipped for enhanced music. Other halls are adapted for movement. KMH has several studios for electroacoustic music and music and media production, and several recording studios. Percussion instruments for different genres belong to the instrumentarium, as well as a large number of grand pianos, several church organs and other piano instruments.

Practicing on your own

A large part of the university's premises are available for your own practice every day, from early morning to late evening. You also have access to several computer rooms with specialized recording, editing and notation programs, as well as internet connection.

KMH has its own library of literature, sheet music and reference material, including about 5,000 CDs. The library also houses a number of workplaces for listening and reading.